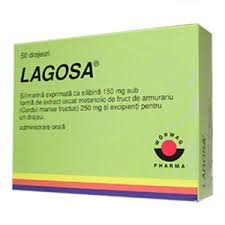 Milk Thistle is unique in its ability to protect the liver and has no equivalent in the pharmaceutical drug world. In fact, in cases of poisoning with Amanita mushrooms, which destroy the liver, milk thistle is the only treatment option. It has been so dramatically effective that the treatment has never been disputed, even by the traditional medical community.

Silymarin is the main active ingredient in milk thistle. Silymarin is both an anti-inflammatory and antioxidant. It’s unclear what benefits, if any, this may have in the body.

Milk thistle is sometimes used as a natural treatment for liver problems. These liver problems include cirrhosis, jaundice, hepatitis, and gallbladder disorders. Some claim milk thistle may also: Provide heart benefits by lowering cholesterol levels. Help diabetes in people who have type 2 diabetes and cirrhosis. Reduce growth of cancer cells in breast, cervical, and prostate cancers.

A comprehensive review by the U.S. Agency for Healthcare Research and Quality (AHRQ) recently identified 16 scientific studies on the use of milk thistle for the treatment of various forms of liver disease. A European standardized extract of milk thistle was used in most of the trials. Problems in study design (such as small numbers of participants, variations in the causes of liver disease, and differences in dosing and duration of milk thistle therapy) made it difficult to draw any definitive conclusions. However, five of seven studies evaluating milk thistle for alcoholic liver disease found significant improvements in liver function. Those with the mildest form of the disease appeared to improve the most. Milk thistle was less effective for those with severe liver disease such as cirrhosis. Cirrhosis is characterized by scarring and permanent, non-reversible damage to the liver. It is often referred to as end-stage liver disease.

Despite the fact that milk thistle is widely used in the treatment of hepatitis (particularly hepatitis C), results from four viral hepatitis studies were contradictory. Some found improvements in liver enzyme activity while others failed to detect these benefits. None of the studies compared milk thistle with interferon or other medications for viral hepatitis.

Preliminary laboratory studies also suggest that active substances in milk thistle may have anti-cancer effects. One active substance known as silymarin has strong antioxidant properties and has been shown to inhibit the growth of human prostate, breast, and cervical cancer cells in test tubes. Further studies are needed to determine whether milk thistle is safe or effective for people with these forms of cancer.

One animal study found that silymarin (an active compound in milk thistle) worked as effectively as the cholesterol-lowering drug probucol, with the additional benefit of substantially increasing HDL (“good”) cholesterol. Further studies in people are needed.

Milk thistle is LIKELY SAFE for most adults. Milk thistle sometimes causes a laxative effect. Other less common side effects are nausea, diarrhea, indigestion, intestinal gas, bloating, fullness or pain, and loss of appetite. Special Precautions & Warnings: Pregnancy and breast-feeding: Not enough is known about the use of milk thistle during pregnancy and breast-feeding. Stay on the safe side and avoid use. Allergy to ragweed and related plants: Milk thistle may cause an allergic reaction in people who are sensitive to the Asteraceae/Compositae plant family. Members of this family include ragweed, chrysanthemums, marigolds, daisies, and many others. If you have allergies, be sure to check with your healthcare provider before taking milk thistle. Hormone-sensitive conditions such as breast cancer, uterine cancer, ovarian cancer, endometriosis, or uterine fibroids: Extracts from milk thistle PLANT might act like estrogen. If you have any condition that might be made worse by exposure to estrogen, don’t use these extracts. In contrast, the more commonly used milk thistle SEED extracts do not seem to act like estrogen.