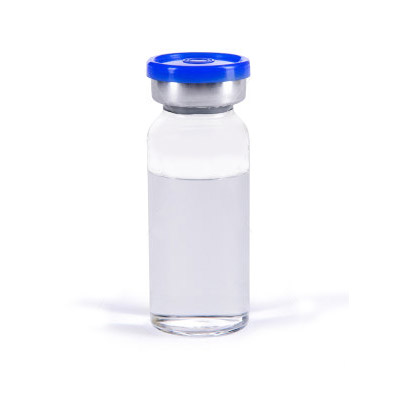 COMING SOON – drop us an email to get notified!

GDF11 has been identified as a blood circulating factor that has the ability to reverse age-related cardiac hypertrophy in mice. GDF11 gene expression and protein abundance decreases with age, and it shows differential abundance between young and old mice in parabiosis procedures, causing youthful regeneration of cardiomyocytes, a reduction in the brain natriuretic peptide (BNP) and in the atrial natriuretic peptide (ANP). GDF11 also causes an increase in expression of SERCA-2, an enzyme necessary for relaxation during diastolic functions.[12] GDF11 activates the TGF-β pathway in cardiomyocytes derived from pluripotent hematopoietic stem cells and suppresses the phosphorylation of Forkhead (FOX proteins) transcription factors. These effects suggest an “anti-hypertrophic effect”, aiding in the reversal process of age-related hypertrophy, on the cardiomyocytes.[12] In 2014, peripheral supplementation of GDF11 protein (in mice) was shown to ameliorate the age-related dysfunction of skeletal muscle by rescuing the function of aged muscle stem cells. In humans, older males who had been chronically active over their lives show higher concentrations of GDF11 than inactive older men, and the concentration of circulating GDF11 correlated with leg power output when cycling.[35] These results have led to claims that GDF11 may be an anti-aging rejuvenation factor.[11]

These previous findings have been disputed since another publication has demonstrated the contrary, concluding that GDF11 increases with age and has deleterious effects on skeletal muscle regeneration,[17] being a pro-aging factor, with very high levels in some aged individuals. However, in October 2015, a Harvard study showed these contrary results to be the result of a flawed assay that was detecting immunoglobulin and not GDF11. The Harvard study claimed GDF11 does in fact reverse age-related cardiac hypertrophy.[21] However the Harvard study both ignored the GDF11-specific assay that was developed, establishing that GDF11 in mice is undetectable, and that the factor measured was in fact myostatin.[17] Also, the Harvard study combined the measure of GDF11 and GDF8 (myostatin), using a non-specific antibody, further confusing matters.

In 2016 conflicting reviews from different research teams were published concerning the effects of GDF11 on skeletal and cardiac muscle. One of the reviews reported an anti-hypertrophic effect in aging mice, but the other team denied that cardiac hypertrophy occurs in old mice, asserting that GDF11 causes muscle wasting. Both teams agreed that whether GDF11 increases or decreases with age had not been established. A 2017 study found that super-physiological levels of GDF11 induced muscle wasting in the skeletal muscle of mice.